Infrared Photography How To – Transform Landscapes into Science Fiction Scenes 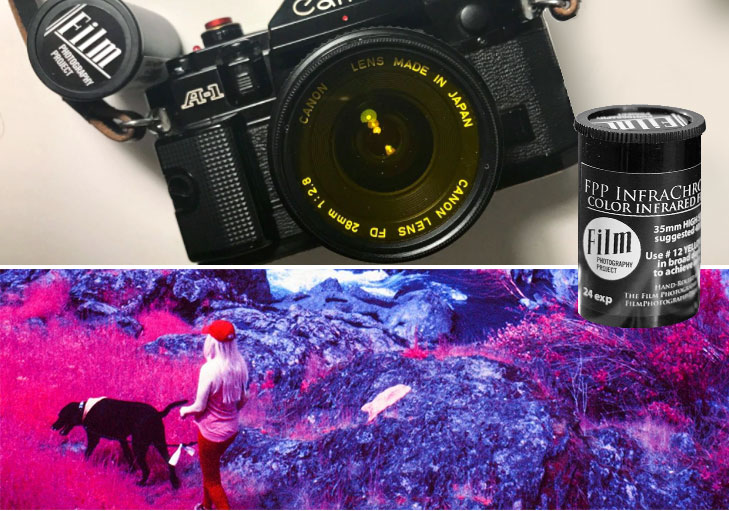 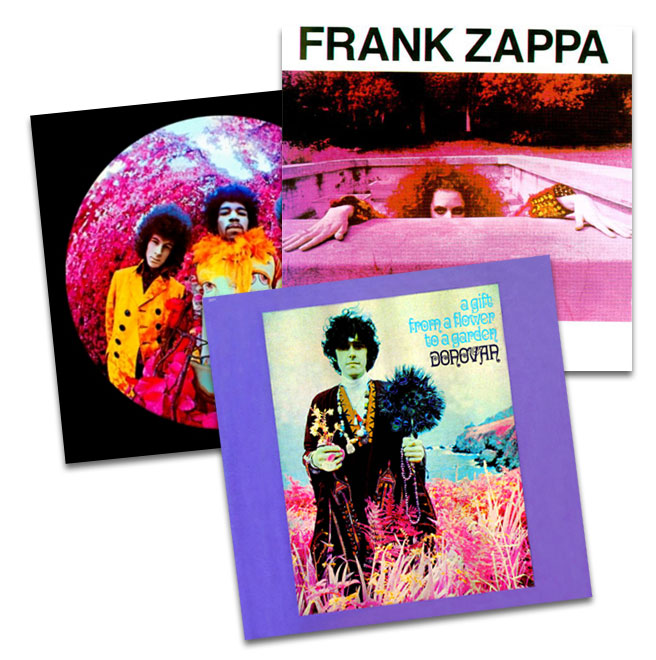 Color Infrared film captures invisible infrared light from the red end of the spectrum, light that’s not visible to the naked eye and characteristically turning green vegetation a bright red. Shooting analog infrared use to be complicated and expensive, results unpredictable and not making it worth the trouble. Now with commercially available infrared film and a color filter, anyone can experiment, creating artful science fiction landscapes.

The Infrared-sensitive process was developed during World War 1 by the United States to improve aerial intelligence photography through the haze. It was adapted for astronomy in the 1930’s and currently used in aerial survey applications such as vegetation and forestry surveys.

Buy Color IR Film at filmphotographystore.com (not an affiliate link or a paid promotion)

How to Shoot Color Infrared Film?

We encourage you to experiment. Don’t overthink it… or get the “Film Sweats”.
Environmental issues play a role in infrared film photography because it’s highly dependent on the strength of the infrared radiation present, only shoot in sunlight. When the sun is low (morning or late afternoon) the infrared radiation is much higher.

In order to achieve the in-camera color effect, you’ll need a color filter. It’s recommended that you shoot with a #12 yellow filter which is the filter used on the images above. Many shooters also experiment with orange or red filters. This will give you varied results (see below).  When not using a filter the film behaves like a normal film with no special characteristics.

Source: alternativephotography.com Making the most of Kodak aerochrome

Best to manage expectations and proceed with an experimental attitude.

What camera can I use?

For Infrared Film Photography, use a camera that does not auto advance film (Auto load cameras use small LED lights to detect and count frames and will cause light leaks and potentially fog film). Use a camera that DOES NOT have LED sensors that detect the DX Code but a manual ISO/ASA setting. Examples: Canon Ae1, Pentax K1000, Nikon F series, Olympus Trip 35…

Use a Color Filter

Load and unload in near darkness.

IR film is very sensitive to light should be kept in its light tight black canister. Load in a dark area and if your camera has a window on the back, use black tape to eliminate light leaks and fogging.

Shoot ONLY in Sunlight

The infrared film needs IR light and sunlight is the best source of IR light. Low sun (morning or late afternoon) has much higher infrared radiation. Shooting in shade (or backlit) or inside will produce poor results. Artificial lighting (Except tungsten halogen light) only emit visible light and will not give any IR effect.

Each manufacturer provides  ISO values for you to try. Because your light meter reads light, not IR, You’ll have to guess and bracket. Because the ratio of IR to visible light is always changing, a set ISO value won’t work consistently. 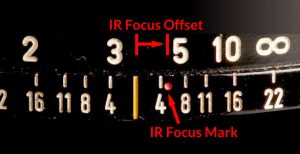 This is the infrared focus mark. It indicates how far you need to rotate the focus ring to achieve correct focus in infrared light.
See video below for more details

Nope! Aside from a Sony Nightshot camcorder mishap in 1998 and some long wavelength IR surveillance cameras that can see through cotton clothing, IR film cannot see through clothes.

Develop your Infrared Film at The Darkroom

Important Note: Many labs don’t offer E-6 film processing and the ones that do can’t handle Color Infrared Film. If you’re not using The Darkroom to process your Infrared Film, make sure you speak to your lab prior to sending your film.

Lifepixel.com explains the differences in how visible light and infrared light are focused by normal camera lenses. Shows how infrared focus marks are used and how often there are more than just one mark on any one lens.
[/content-box]

This explains why my infrared experiment was a flop. Thanks!

Where else can I find color infrared film? This shit is sold out.

[…] different contrast levels for specialized applications or to be experimental. Films designed for aerial photography into the IR spectrum can cut through the haze and enhancing the green shades in vegetation for surveys and scientific […]