Both were originally movie stock or cinema film that has been prepared and packaged for use in 35mm still cameras. They have a very unique look and are meant to shoot in very different scenarios. 50D [50D Film Review] is a daylight film with very fine grain and 800T is a tungsten-balanced film [800T Film Review] that performs very well in lowlight. See example images and film attributes below.

CineStill uses a “Premoval” stage to remove a Rem-Jet layer that is common to motion picture film and making the film suitable for C-41 processing.  Because film is dragged through the camera’s film gate, motion picture cameras have a hard chrome wear-resistant backing or pressure plate which causes Halation (see example below). Halation is a halo-like effect around bright points or edges in the image when light is reflected back through the emulsion from the rear surface of the base, or from anything behind the film. This Rem-Jet anti-halation layer is needed to prevent this halo effect.

Benefitting from the distinct qualities of a low-speed motion picture stock, the 50Daylight daylight/5500K-balanced film is well-suited for outdoor shooting in bright conditions and exhibits a nominal sensitivity of ISO 50/18°. If exposing under tungsten/3200K-balanced lighting conditions, an 80B filter is recommended along with exposing the film at ISO 12 for normal results. The slow speed of the film offers extensive control over the highlight regions of a scene, maintains accurate, yet dynamic, colors, and is ideal for portraiture and landscape photography. Its high degree of sharpness and fine grain structure is also particularly well-suited for scanning.

Low-speed ISO 50/18° daylight-balanced movie stock has been packaged and prepared for use in still cameras.

Enhanced Scanning Performance – Emulsion has been optimized for a hybrid workflow and is ideal for scanning.

Non DX-Coded 135 Cartridge. Because cartridges are not DX-coded and the film speed must be set manually.

If used under incandescent lighting, an 80B filter and rating the film at ISO 12 is recommended.

As with the 50Daylight film, the 800Tungsten has distinct qualities of a high-speed motion picture stock. This 800Tungsten color negative film is balanced for tungsten, incandescent, and fluorescent light and exhibits a nominal sensitivity of ISO 800/30°. If exposing under daylight conditions, an 85B filter is recommended along with exposing the film at ISO 500 for normal results. The high film speed is ideal for working in difficult, low-lighting conditions and is also well-suited to push processing by up to 3 stops.

Ideal for Low-Light Conditions – Specifically designed for use in low and difficult lighting conditions.

Enhanced Scanning Performance – Emulsion has been optimized for a hybrid workflow and is ideal for scanning.

Non DX-Coded 135 Cartridge – Because cartridges are not DX-coded and the film speed must be set manually.

Film responds well to push processing up to ISO 3200.

Halation Example – Halation is the effect that occurs when the bright areas of an image appear to softly bleed around the edges of dark areas. This is caused by light going through the emulsion layer, bouncing off the base of the film and exposing the adjacent emulsion. Some film is manufactured with a black anti-halation coating on the base side. 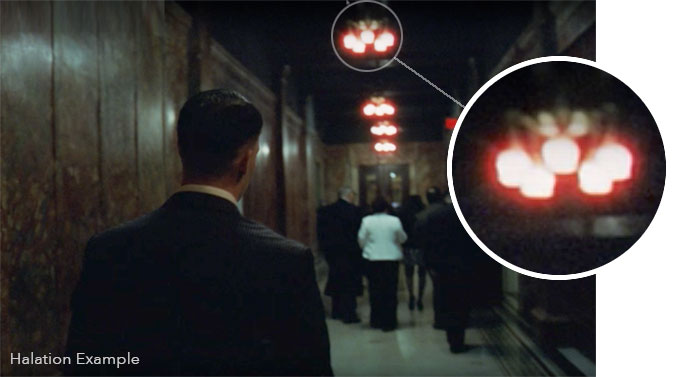 someone send you film to process from Europe??

Yes, Just select the “international” shipping option on the order form. It’s the one with the globe. https://staging.thedarkroom.com/product/film-developing/

So when shooting the 800 indoors and outdoors on the same roll it is possible to change ISO and not worry about it in the processing?